Audi Ottawa | About Us | Our History

At Mark Motors, we pride ourselves on our 58-year history. Our family owned and operated business was built on hard work and dedication, and these values have been paramount in our growth and success.

We are proud of where we came from, and how far we have come since our humble beginnings. We invite you to learn more about our company and the key moments of our history.

Mark Motors Founder Louis Mrak was born in Maribor, Slovenia, just sixteen kilometres from the Austrian border. There, a foster family who had seven children of their own raised him. Louis later moved to Austria in attempts to escape Communist rule. His time in Austria was fulfilling, with an education at a mechanics college and a good job.

At the age of 21, Louis was hungry to travel the world. In 1956, he boarded the SS Columbia, one of the smallest Ocean liners crossing the Atlantic, and landed in Montreal. He then took the train from Montreal to Bourget, where the train slowed down just enough for him to jump off. He came to Canada with no knowledge of the English language, a suitcase and a few dollars in his pocket. Louis learned English as he worked at a service center in Rockland.In 1957, Louis met his future wife Margaret, who also came to Canada from Hanover, Germany around the same time. She supported him during the earlier years with his room and board, as she was employed by the Chateau Laurier at the time. Louis and Margaret married in 1959.

1959 was a monumental year for Louis, as he also opened the doors to his business in Ottawa and called it Mark Motors. He originally opened the business as a central European car service center where he had just two mechanics that worked alongside him. One year later, Louis Mrak moved Mark Motors to 611 Montreal Rd. and hired another two mechanics to make up a team of five technicians who repaired European cars.

Over Mark Motors history, Louis Mrak represented some of the greatest car companies in the world: BMW, Alfa Romeo, Lamborghini, and Lloyd – but his focus and passion lay with Porsche and Audi. In 1974, Porsche gave Louis the franchise to sell and service the renowned sports car. The Audi franchise offer followed shortly thereafter, in 1976. Louis instilled a passion for doing a job well, keeping his word and giving back to the new place he called home. He called them the basics and in 2005 the basics allowed the family business to further grow with a stand-alone Audi flagship store on Hunt Club Rd.

The mark of excellence, established by Louis was passed on to him and Margaret’s four children: Michael (Dealer principal), Liza (Executive Vice President), Andreas (Body Shop Manager), and Vincent (Assistant Body Shop Manager). Louis’s career was his hobby and his children lived and breathed his hobby. His mark of excellence was passed on and never forgotten with his four children.

Sadly, in 2012, Louis Mrak passed away at the young age of seventy-seven. He is, and always will be remembered as a man of great pride, dignity and deep family values. Louis always valued the importance of discipline and hard work. He would come into work everyday, and sometimes even on Sundays if necessary. He is survived by his wife of over 50 years, Margaret, their four children and grandchildren who are honoured to continue his legacy of hard work and respect inside and outside the family business. The tradition of his values lives on with the culture of the business.

In 2016, Mark Motors opened Audi Ottawa, a brand new stand-alone flagship store, not to far from Mark Motors Porsche. The dealership brings a futuristic feel, featuring the Terminal look made to complement the classic and forward thinking Audi brand and car design. The new dealership brings forward inviting space with lots of parking and an Audi Café which will delight your with an array of sandwiches, baked goods, salads, and speciality coffees.

The wheels of the Mark Motors group never stop. In 2017, the Mark Motors group was awarded the Alfa Romeo and Maserati brand for the Ottawa/Gatineau region as well as the Jaguar and Land Rover open point on the West side of Ottawa. A temporary location for the Alfa Romeo and Maserati dealership is expected to open later this year, with a Jaguar and Land Rover dealership following in 2019. 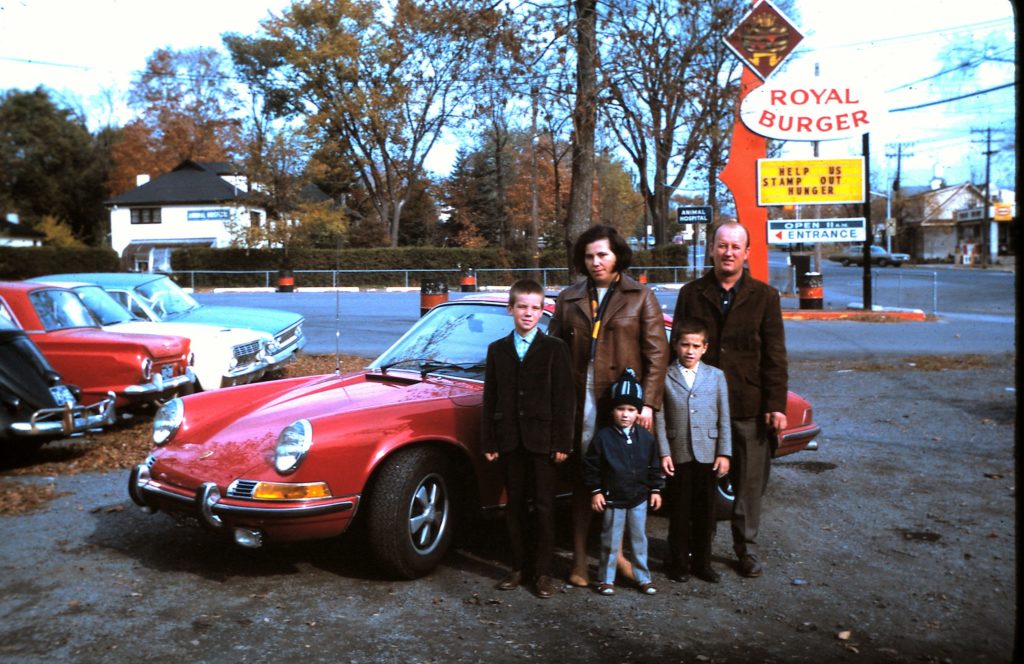 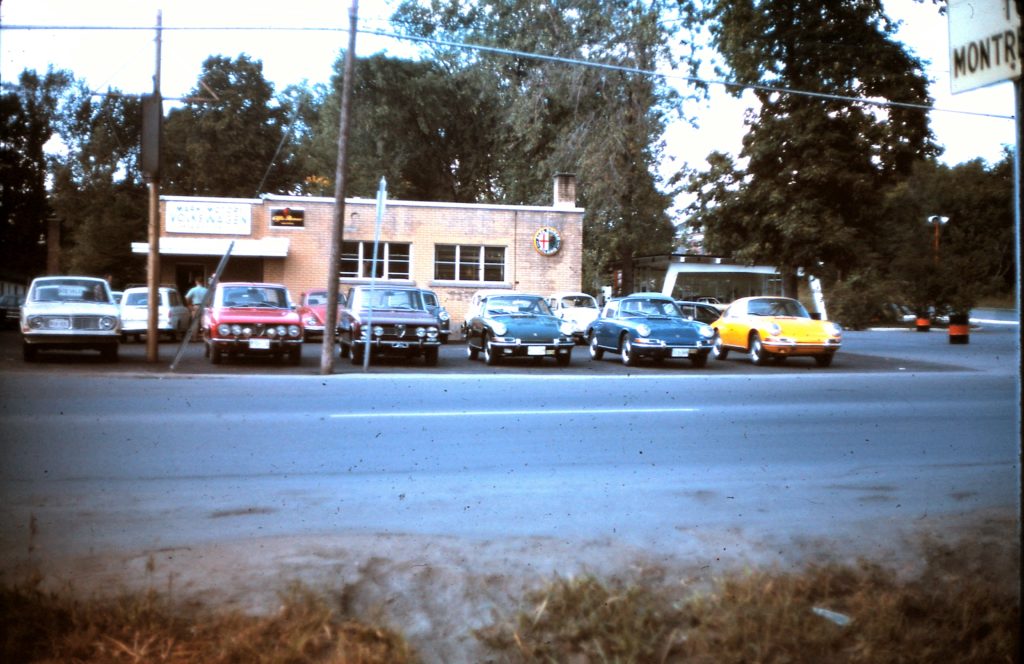 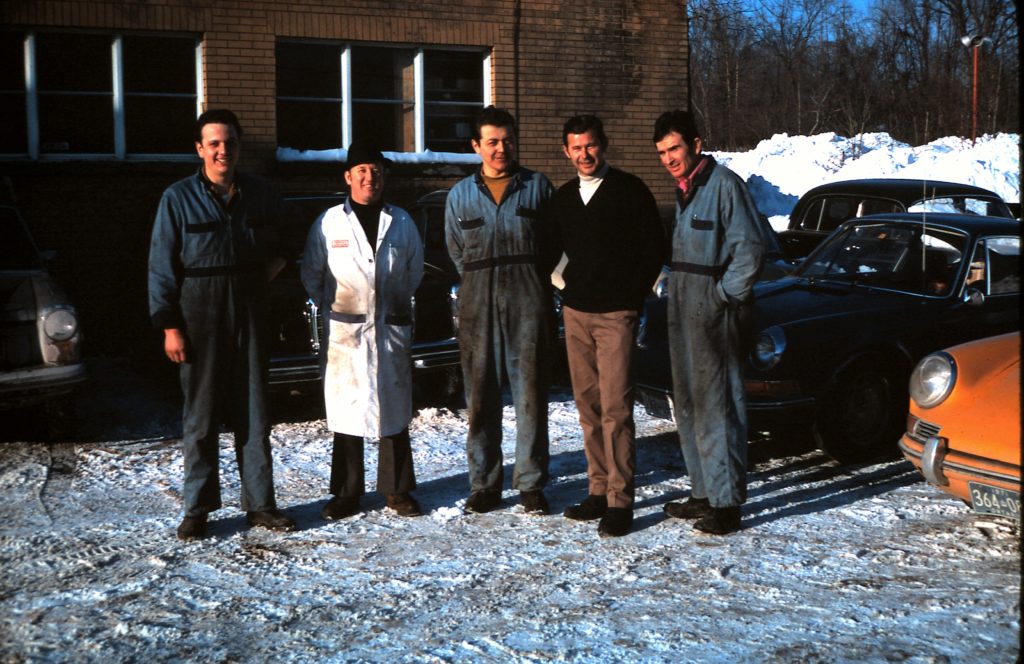